I recently responded to a discussion about the differences between Microsoft treats the UK compared to the US.  I put quite a bit of thought into it, so felt it was only right to post it here as one of my random thoughts.

As a brit myself, there are a few things I should mention. (Regarding Microsoft’s activities in the UK) 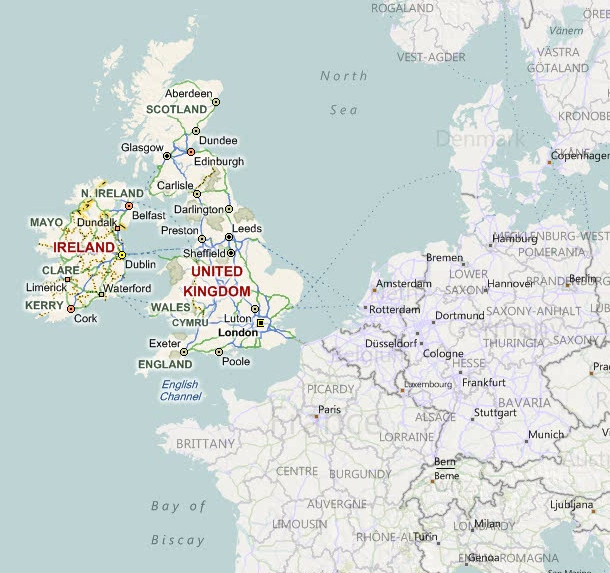 Firstly, the video service on Xbox is absolute crud.  The worst selection of films you could ever imagine, no tv shows at all.

Media Centre and Xbox get support for Sky Player, which is a small selection of live channels, catchup and video on demand, which you need to be a sky subscriber to recieve, or pay for an online only subscription.

Media centre does not support Internet TV, but has a service called msn video, which seems never to be updated, and has a selection of video on demand programming.

The BBC is our national broadcaster.  They also have the best online service bar none in the UK.  It is provided only to UK citizens for free without any kind of advertising, because the cost of running it comes from a form of taxation called the License Fee.  If you own a television, radio, or an online device which supports viewing BBC iPlayer.

As part of its policy of providing access to iPlayer content on as many devices as possible, for free to License Fee payers, it has iPhone, Android, apps in development, awaiting permission to launch.  It has also created a unique Wii client, and an Adobe Air powered time-limited download service, as well as the iPlayer website itself.

The BBC have been working with Microsoft for years on the iPlayer features, but when it came to the Xbox version of iPlayer, they could not force people to pay again for an Xbox Live Gold subscription to access it, and Microsoft refused to budge.  There was talk of a Windows Media Centre version of iPlayer, but this has not emerged.  I do not think Microsoft are trying hard enough to support the BBC in this, because it is essentially a non-commercial prospect.

Other Microsoft shortcomings in the UK/Europe.

I know there is probably many more issues in the rest of europe, but I cant comment on those.  The UK has still got a strong brand loyalty to Microsoft, but we get such a raw deal in the consumer space.  Windows Phone is out soon, the first product since the Xbox 360 in the UK from Microsoft for the consumer.  The UK gets it first in October, but what will the various services look like that are needed to support the phones.

So many questions, which we need to ask, because of the way we have experienced Microsoft in the past.  If we can ever get to a point where we can hear a Microsoft announcement, and not have to wonder if we will ever see the product in our country, will be the day Microsoft starts to really establish themselves in the consumer space, and will earn mind-share from their users.