It has been a great 4 and a bit years, but my PC seems to be entering into its final days. It is always a sad time when a piece of technology you love starts to misbehave, or just outright dies on you. But as the great man once said “… it should be noted that this death takes place in the shadow of new life…” 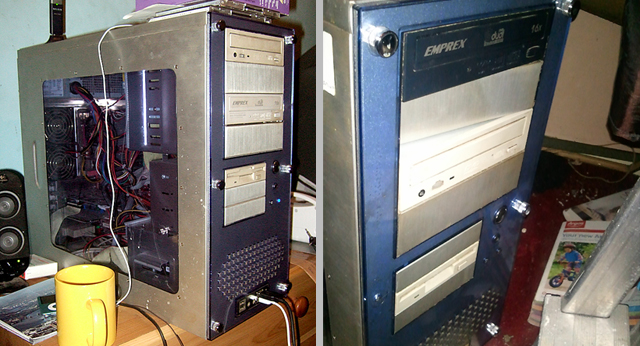 Coming tomorrow (14th October 2011) will be the components for what will be my 4th PC Build. I think back to 2005 when I first decided to turn my back on ‘off the shelf’ PCs and decided to build my own.

The machine seemed to work well, not just for me, but also for my uncle who used it until 2010 before it was really showing its age. AMD Athlon XP 2000 processor, 1 GB DDR2 RAM, ATI Radeon R520 and 750 GB HDD Space. Nowadays you would find these specs in a netbook computer rather than a Tower PC built for 3D Animation and video editing.

Then in 2007 it was time to to replace the ageing machine, so after my successful experience the first time, I decided to build this one myself also. Sadly a mixture of damaged components and my lack of experience, as well as a case with insufficient cooling, and a damaged motherboard. Both of these caused the PC to burn out after only a month. 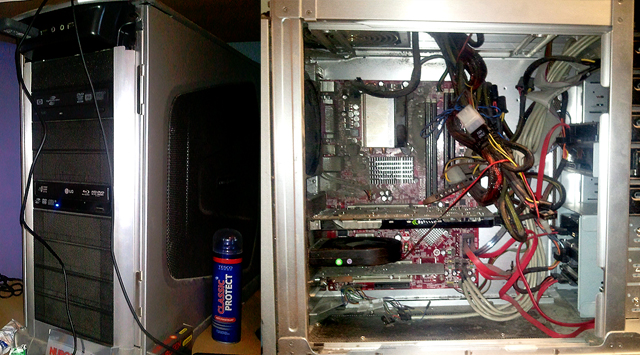 I got a refund on the damaged components, and salvaged what else I could for my next machine which I made sure had plenty of fans good airflow, as well as beefing up the specs a little with what money I had left.

With an Intel Core 2 Quad Q6600 processor, 4 GB DDR 2 RAM, NVIDIA GeForce GT8800 and 1.5 TB Total HDD Space (with SATA Drives), and later a blu-ray drive and duel monitors – This machine was a big upgrade, and is still a good spec for a machine.

As I have been unable to narrow down the exact problem components, this upgrade will be the core components, while keeping those components still working well.

Here are the specs for what’s on it’s way:

I’d love to know what you think of these specs, or if you have any personal experience with any of these components. Leave comments below, or get in touch with me on Twitter, Facebook, or Google+.

Anywho… I have decided to detail the build in a series of upcoming blog posts. I will take photos, and maybe a short video or two as I put it all together. I will make a blog entry for the unboxing of the various bits and bobs – an entry for connecting up the components – and finally a post when the whole process is done and the machine is working (or not if things don’t go so well).

UPDATE: So Parcelfarce have decided to split the delivery into two. The PC Case itself arrived, but the other components are now coming on Monday!

Here is a photo of it…