With only a few hours to go until Steve Ballmer takes to the stage in Barcellona to announce the anticipated but surprisingly un-leaked details of Windows Phone 7, I put the finishing touches to some design prototypes of a UI I would be happy to see on the new devices. 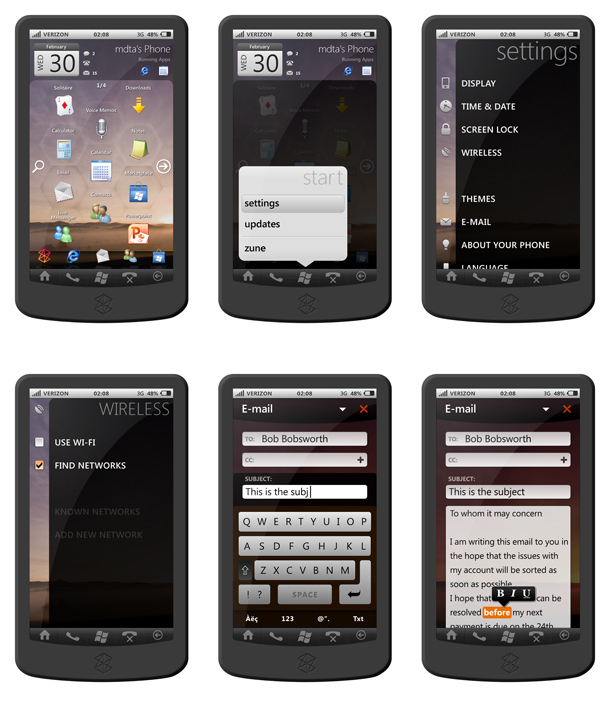 It takes the best of the Zune, some ideas from the HTC Sense UI, and some stylings from the current Windows Mobile 6.5 interface. As this is what the rumours are suggesting. I will post my thoughts on the interface when details are shown later today, comparing them to the iPhone and Android OS’s (as far as the design is concerned at least). 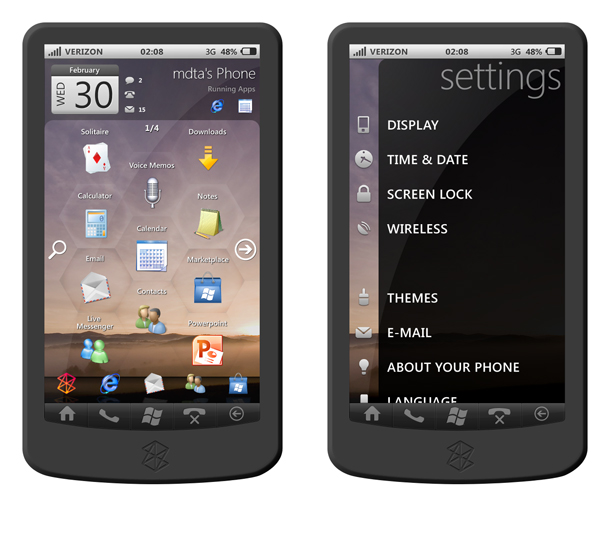 And for a hint at what we may expect from Mr Ballmer later today, here is a clip of one of his most hilarious moments.